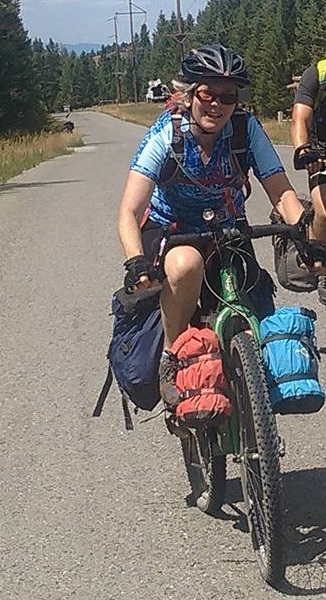 I have just come back from my annual outdoor summer adventure – this time it was cycling the continental divide on a portion of the Great Divide Mountain Bike Route. I look forward to my vacation as a time to step away from my daily routine of following the markets and assisting clients. I come back energized and full of ideas. And I’m not the only one.

Stefan Sagmeister, who runs a very successful design studio in New York, TED talks about his decision to take a one year sabbatical every seven years. And at least a few other companies offer their employers sabbaticals with great success. 3M gives all their engineers 15 percent of their time to pursue whatever they want. Scotch tape and sticky notes were developed out of that. Google, of course, very famously gives 20 percent for their software engineers to pursue their own personal projects. To Sagmeister, what is important is that the work that comes out of his time off flows back into the company and into society at large, it doesn’t just benefit his offspring in the form of a larger inheritance. He feels the sabbatical gives him the head space to create inspiration and love his work for more than the pay check it provides.

But no matter if you’re on vacation or sabbatical, the economy keeps bumping along. The numbers say we (being the consumer) are not spending as much as predicted nor is our personal income increasing according to expectations; but both have increased, albeit slightly. The Fed’s decision to raise interest rates is very economic data dependent and the previous two data markers along with job growth are some of the inputs. The next Federal Open Market Committee meeting is in September. If a decision is reached to increase rates, it will be the first time since 2006. This could cause an anxious market. And if you believe the 2015 Stock Trader’s Almanac, August will be the worst month for the major three market barometers (listed next paragraph) since 1987.

In world economic news, there’s lots to read about Puerto Rico’s bond default. Because the commonwealth country is a U.S. territory, the default is affecting some municipal bond funds. Greece has come and gone in the news, and so some of the international markets appear to be soothed. Although a number of analysts believe there will be more headlines in the future. China was also in the headlines with the current market drop. There has been less demand for commodities (coal, timber, etc. from Canada and other countries that export material), causing a short-fall in national income. Thus, for the short-term, don’t be surprised if the volatility continues. The U.S. Economy is considered fundamentally solid but it is also dependent on international economies.

During July, crude oil logged its biggest monthly decline since the recession but the remainder of the market kept the bears at bay for the month. The blue-chip barometer (the DowTR)* tweaked out 0.67 percent for the month. The S&P 500 Index (SPXTR)* gained 2.15 percent reversing last month’s loss and adding a few tenths of a percent. The tech-rich Nasdaq Composite (COMPTR)* continues to shine by recording a 2.89 percent increase for the month. The S&P Case-Shiller 20-city composite Home Price Index showed that home prices continued to rise nationally. The month of May reported a 4.9% increase on a year-over-year basis. Month-over-month data increased positively with the month of May 1.1% over the month of April for the 20-city composite index.

*Indexes are unmanaged and do not reflect service fees, commissions, or taxes. You cannot invest directly in an index. Past performance is not necessarily indicative of future results. Returns for the DOW and the S&P500 are total returns from Pershing Netx360. Return for the NASDAQ is the NAV total return provided by Morning Star as of 2015July31