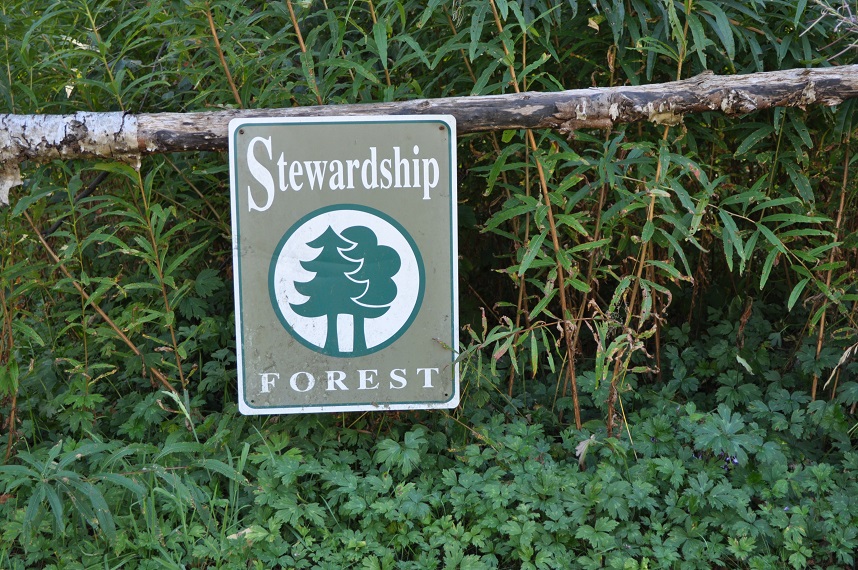 If you have had a chance to meander around the Stump Farm while visiting the White Raven Financial office, you may have noticed the Forest Stewardship sign. Some years ago, Mike and I had the opportunity to attend an excellent Washington State University extension course on Forest Stewardship Coached Planning. The course helped us to designate 8 acres of our property as a recognized Stewardship Forest. We learned about a wide range of topics covering forest health – everything from noxious weeds to wildlife habitat. We also signed up to receive regular newsletters from WSU North Puget Sound Extension Forestry.

“I love forest ecology because it is a study of relationships. Nothing exists in isolation, but rather everything influences or is influenced by everything else. As John Muir famously stated, ‘When we try to pick out anything by itself, we find it hitched to everything else in the Universe.’ Sometimes these influences are direct and obvious. In other cases, a change in one part of the system may cascade through a web of interconnections, causing a change in something seemingly unrelated.” wrote Kevin W. Zobrist, Associate Professor, Extension Forestry.

During my various readings on the market and the economy during the month of August, I came across the familiar phrase “the dog days of summer”. It appeared mostly during the last week in reference to the markets’ low volatility and low trading volume. It was a nice contrast to earlier weeks when we had periods of international strife. And speaking of relationships, Lord Abbett’s August 22nd Fixed-Income Insights was titled “The Fed: “normalization” Could Bring Unexpected Consequences”. The writers wondered if investors may have become too complacent with the U.S. Federal Reserve’s efforts to normalize the balance sheets. Could it possibly contribute to future market volatility, they asked. Congress’ efforts to tackle the debt ceiling in September might also spark near-term volatility. However, the team of Sonders, Sorensen and Kleintop at Schwab wrote they believed any corrective phase would be within the context of an ongoing secular bull market. The markets’ behavior does appear to be a conundrum to many, Blackrock Investor Directions noted. In their article, they high-lighted a fascinating new paper written by Blackrock’s Jean Boivin and Ed Fishwick in which the authors noted that low-volatility periods could last for years. They further commented that they thought the global economy remains in a regime of steady, above-trend growth.

The major U.S. stock market indices finished the lazy days of summer on a small up-note for the month of August. The blue-chip barometer (the DowTR)* slid into base with a small gain of 0.65%. The S&P 500 Index (SPXTR)* made the base at 0.31%. The tech-rich Nasdaq Composite (COMPTR)* came in for a home run (in comparison) and touched down at 1.43%. On Tuesday, August 29, 2017, the S&P CoreLogic Case-Shiller report ‘again’ showed that the national home price index set an all-time high for the sixth consecutive month. The 20-city composite June Home Price Index reported a 5.7% year-over-year gain; the same percentage as the previous month of May. Before seasonal adjustments, month-over-month data also showed a gain with the month of June posting a 0.1% increase over the month of May for the 20-city composite index.

*Indexes are unmanaged and do not reflect service fees, commissions, or taxes. You cannot invest directly in an index. Past performance is not necessarily indicative of future results. Returns for the DOW, S&P500 and the NASDAQ is the total return (price only) provided by Morning Star as of 2017August31. Diversification and asset allocation does not assure or guarantee better performance and cannot eliminate the risk of investment loss