Puzzles & The Wisdom of Crowds 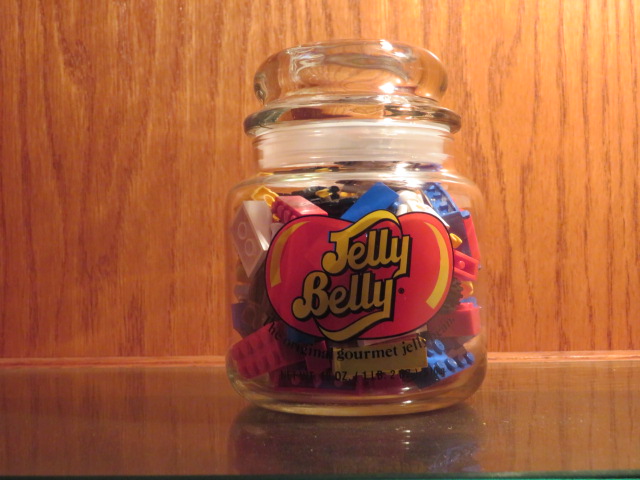 Have you ever been to a fair or bazaar where you were asked to guess the number of jellybeans or marbles or whatever that was contained in a large jar? For a small donation and your ‘guessed’ number being the closest to the actual amongst all participants; you could potentially win a prize. The prize was usually the jar and its contents. Studies have shown that if you gathered all the guesses, then average those guesses, the ending result is almost always closer to the actual number than what the winner of the contest had chosen.

No, we do not have a jar of candy in our office, but maybe we should:>) But we are sometimes asked for our prediction of the market or a particular stock. We do read about the latest in the market and the economy almost every day. We watch webinars on ‘expert’ opinions, but our knowledge is only as good as those that we follow. We also read market reviews and commentaries from economists on a domestic and global scale. For individual stocks (equities), our knowledge comes via a subscription to a service that has several analysts providing pertinent information. We then derive a general opinion from everything we read and provide a summation. But, alas, we cannot provide a prediction. Because, as we all know, the ‘end’ result can be derailed with some unknown major event; as we all know, 2020 provided a great example of that!

We believe, one of the current puzzles faced by the U.S. is on the inflation debate and the perspectives of economists. Will it remain subdued or will it pick up amid the vaccine rollouts? Is it possible that the continued stimulus or the federal reserve promise of continued quantitative easing (QE) will have an effect? With talk of rising inflation, we see bond yields rising, which in turn lowers the prices of bonds and bond funds. Other questions remain: Liz Ann Sonders, Chief Investment Strategist for Charles Schwab, addressed the economic situation regarding inflation by stating that it could feasibly happen with the pent-up demand for consumption after the post-pandemic recovery. Her final thoughts concluded that there would remain longer-term scars. In our reading lately, it appears that climate risk is also often front and center. Blackrock, in a recent commentary, highlighted how they are addressing climate transition into their return assumptions. They noted that they see climate-resilient sectors as prospective beneficiaries of a ‘green’ transition.

We also believe, internationally the inflation piece of our economic puzzle is also a concern worldwide. Taimur Baig, Chief Economist for Asia at DBS, noted in a recent blog that the global financial stability could be at risk if inflation were to rise persistently. iShares – BlackRock, in Larry Fink’s late February Insights, see a steadier recovery over the next 12 months as the global economy rebounds. They felt that increased economic growth could bring higher revenues and valuations. As always, there is diversity in opinions.

As our writing brought us toward the finish of this newsletter, we thought of all the stamps we placed on envelopes containing small notes or birthday cards we have sent throughout the years. We found this following link illumination and hope you do too: tie between the prices of post-stamps and inflation over time.

Even though the major market indices on the 4th week of February decided on red, we saw green dominating the month with three major market indices showing positive. The blue-chip barometer (the Dow)* decided to dominate and posted a 3.16% gain for February. The S&P 500 (SPY)* tried to keep the pace but finished in second place with a gain of 2.61%. Alas, the tech-rich Nasdaq Composite (COMPTR)* lagged although still posting 0.93% for the month. (*After linking, click on Quarterly & Monthly Total Returns, “Monthly” tab.) On Tuesday, February 23rd, the Dow Jones Indices released the 2020 end-of-year S&P CoreLogic Case-Shiller report. The report showed that for the reporting month, home prices had chosen to continue their increases. The December 20-city composite Home Price Index reported a 10.1% annual (year-over-year) gain; up 0.9% from the previous month year-over-year posting. Before seasonal adjustments, month-over-month data had the month of December showing a 0.8% increase over the prior month of November for the 20-city composite index.

*Indexes are unmanaged and do not reflect service fees, commissions, or taxes. You cannot invest directly in an index. Past performance is not necessarily indicative of future results. Returns for the DOW, S&P 500 and the NASDAQ are the total return (price only) provided by Morningstar as February 28, 2021. Diversification and asset allocation do not assure or guarantee better performance and cannot eliminate the risk of investment loss.