Flipping a Word to Bring Success 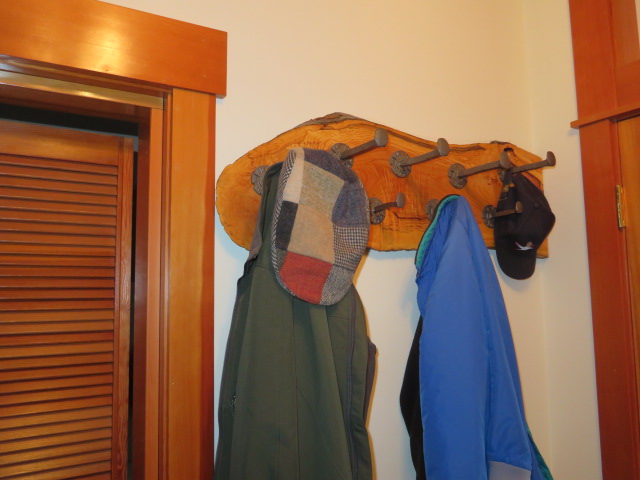 It was a Friday, and as some Friday’s go, those of us in the office were chatting about tasks that still needed completing which neither of us were looking forward to doing. (Note, they both involved some type of “schoolwork”.) As conversations sometimes do – it shifted into another subject – about a conversation at a prior gathering that Diane and her husband attended pre-COVID-19. At the event, Diane’s husband had laid down his tweed cap and said to Diane, “Don’t let me forget my cap”. A retired psychologist at the party laughed and said “…but now he will surely forget his cap”. And he did. A follow up email was received a few days later from the psychologist explaining the comment that had been made. The last word Mike heard about his cap was the word “forget”. The psychologist then said if Mike had said, “I need to remember my cap”, then the last word, in regard to his cap, would be “remember”. Diane then noted another conversation that she had with a friend; the friend had been telling Diane about a promotion she had just received. The friend said: “I’ve been set up for failure”. Diane relayed the story, to her friend, about the conversation at the party – the friend took the story to heart and revised her comment as, “Oh, I have this promotion and against all odds, I will succeed!”.

When changes occur, life can be exceptionally uncomfortable. This year, due to all the unforeseen changes, we think it has been particularly uncomfortable for a lot of people. Things we always took for granted have been completely altered and what had previously been normal is now upended. And, here at this office, we have tasks that needed to be completed in a totally new way. After discussing the words that the psychologist had imparted, we each thought of a strategy that should allow us to accomplish the same result in a more positive way.

One success for October was the U.S. Durable Goods Orders Report. Headlines showed that new orders for key American-made capital goods were up 1.9% in September which surpassed expectations and shows potential growth in the economy and business spending. Although, in a mid-October Schwab Market Perspective, the team of Liz Ann Sonders, Jeffrey Kleintop, and Kathy Jones, noted that they thought the economic momentum has slowed from its summer peak. The perspective acknowledged that even though there are risks still involved, they provide reasons for optimism as the S&P 500 earnings growth and estimates continue to improve from last quarter. And while we try to steer clear of political commentary in our blogs, we thought this chart of How Political Parties in Power Influence Markets by Hartford funds would be of interest to our readers.

We are one world and the success or failure of a country often has impacts on other countries. Franklin Templeton’s early-October CIOs Lobal Investment Outlook wrote that, from their perspective, the global economy has the appearance of a cyclical recovery being underway. Though the recovery is expected to be uneven, they are receiving help from centralized policy responses. US Funds CEO, Frank Holmes, in his The “End of the Beginning” of the Economic Recovery blog discussed the recovery of China’s domestic passenger traffic is surpassing global peers with 90% capacity from a year earlier.

One person’s success sometimes depends on another person’s success; here at White Raven Financial, we are stewards; we are fiduciaries; and we take our tasks very seriously and graciously.

October was a month of volatility for the major market indices with the last week ending the month on a sour note. It appears that the angst surrounding stimulus, the election, COVID-19, and corporate guidance, were spun into how investors were feeling. The blue-chip barometer (the Dow)* hit the lowest note and shed -4.61% for the month. The S&P 500 (SPY)* also fell out of tune showing a low note of -2.77% for the month of October. The tech-rich Nasdaq Composite (COMPTR)* stayed a bit more focused but did drop -2.29% for the month. (*After linking, click on Quarterly & Monthly Total Returns, “Monthly” tab.) On Tuesday, September 29th, the Dow Jones Indices released the latest S&P CoreLogic Case-Shiller report. The report showed that for the reporting month, home prices had accelerated their increases. The August 20-city composite Home Price Index reported a 5.2% annual gain; up 1.1% from the previous month year-over-year posting. Before seasonal adjustments, month-over-month data had the month of August showing a 0.5% increase over the prior month of July for the 20-city composite index.

*Indexes are unmanaged and do not reflect service fees, commissions, or taxes. You cannot invest directly in an index. Past performance is not necessarily indicative of future results. Returns for the DOW, S&P 500 and the NASDAQ are the total return (price only) provided by Morningstar as of October 31, 2020. Diversification and asset allocation do not assure or guarantee better performance and cannot eliminate the risk of investment loss.