Counting on our Fingers 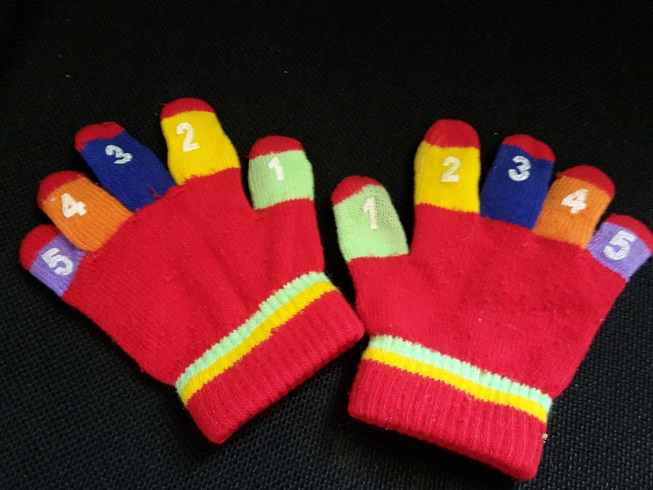 Most, if not all of us, learned to count on our fingers when we were little. Kris’ daughter, Anaïs, has these cute little number gloves which she loves to wear and count with. Apparently, that’s not a bad thing. Turns Out, Counting on Your Fingers Makes You Smarter, is the headline for a Wall Street Journal article. While The Atlantic went for: Why Kids Should Use Their Fingers in Math Class. And Quartz reported A Stanford professor says counting on your fingers is “critical” to understanding math. Each of these articles points to a paper which looked at a number of neuroscientific studies that showed parts of the brain associated with fingers are working when you do certain types of math; regardless of whether you’re actually using your fingers to do the math or not. And interestingly, those with a better mental connection to their fingers were better at math.  So, next time you spot me counting on my fingers while I talk about your investment portfolio, know that I do it with the support of a highly regarded Stanford professor.

I don’t get asked why I count on my fingers very often. On the other hand, over the past several weeks I have been asked quite a few times: “If (insert name here) wins the presidency, how will that affect the markets?”. There is no definite answer to the question but we can refer you to Think Advisor, which published an article interviewing Jeremy Siegel, also known as “The Wizard of Wharton”, on his views of the impact of the election.

Reaction to the election polls and rising political uncertainty are likely to be what caused recent headwinds in the market, even though the economy has appeared to move smoothly along. Looking at 2016 YTD returns from mid-sized and small companies seems to reinforce that smooth growth. Zane Brown, Lord Abbett Partner and Fixed Income strategist, felt that for small- and mid-cap equities’ consistent earnings growth will continue to be favorable through 2017. The US has been leading the markets for several quarters but remember that leadership can change without any indication and diversification is the key to being on track.

Global markets are appearing vulnerable to our current U.S. election drama and the likelihood of U.S. Federal funds rate tightening. Although European Central Bank (ECB) will continue to be in the news as they evaluate all aspects of rates and bond buying with expectations of more details to be coming in December.  Pimco’s ‘Putting Markets in Perspective’ talked about global expansion continuing in 2017 at a pace of 2.5%-3.0%. They supported their analysis by citing help from better EM fund fundamentals and supportive policy.

October’s markets appeared to march with the mood of the media postings and the major markets finished with the month on a down note. The blue-chip barometer (the DowTR)* surrendered 0.79%  for the month. The S&P 500 Index (SPXTR)* lost 1.82% for the month. For the month the tech-rich Nasdaq Composite (COMPTR)* was the worst off of the big three and fell 2.28%. The S&P Case-Shiller 20-city composite Home Price Index came in with a 5.1% year-over-year gain in August – up from 5.0% in July. Before seasonal adjustments, month-over-month data showed a small gain with the month of August posting a 0.4% increase over the month of July for the 20-city composite index.

*Indexes are unmanaged and do not reflect service fees, commissions, or taxes. You cannot invest directly in an index. Past performance is not necessarily indicative of future results. Returns for the DOW, S&P500 and the NASDAQ is the NAV total return provided by Morning Star as of 2016October31