A compass & a map 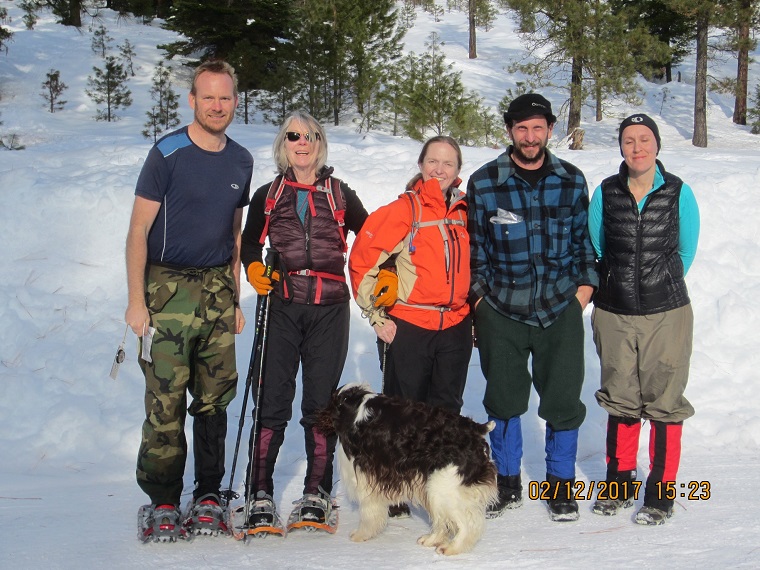 Last month I joined a slew of adventuresome folks, including my daughter, in the Wicked Winter AR and Navigation Race at the Teanaway Community Forest. The navigation race involved running around in snowshoes using a map and compass to locate various checkpoints. We had a whole lot of fun, but it could have been an exercise in futility. Without a map, without a compass, without knowing how to use them to both to plan a route and make corrections, we would have been wandering around for three hours in the cold, maybe finding a few checkpoints by luck.

It’s not so dissimilar to retirement. We think that with a map and compass (i.e. plan) and route (i.e. cash flow knowledge), you’ll have a greater chance of enjoying your retirement. Without a retirement plan, you might find your way through just fine but you also might make unnecessary mistakes that may take quite a bit to recover from.

Recovering confidence, on the other hand, appears to be the tendency of small business owners in the NW, who are more confident in the economy than they have been in the past. Compiling results from 700 small business owners in the NW in it’s annual Small Business Economic Survey, Union Bank, found that a large percentage of small business owners hold a positive view of the U.S. economy. A mostly positive set of economic reports, positive corporate earnings and generally ‘optimistic’ business conditions have been tempered a bit by speculation of a March rate increase. The market has marched in tune with the upbeat times. Omar Aguilar, Investment Management for Charles Schwab, recently wrote about the fuels driving the market and what the current low market volatility indicates. He opined further that the market needs data to support it’s growth and to expect a small correction and higher volatility. Blackrock’s team of Shingler, Christofel and Fredericks also addressed current market valuations and the potential for volatility in their Multi-Asset Income Insight. They reminded investors to balance enthusiasm with caution.

For those that move in different circles, perhaps you can will agree with Blackrock’s post, Mardi Gras Markets?, which related investor exuberance to the spirit of Carnival. They added that with U.S. stocks having high valuations, there could be the possibility of finding value overseas.  Heidi Richardson, Head of Investment Strategy for U.S. iShares pointed out that eurozone equities may have a rebound in profitably but mentioned continued political uncertainty as well. Jeffrey Kleintop of Charles Schwab also wrote about Europe’s economic performance, with a reminder of the potential for risk. As always, there are no guarantees in the markets; it is always nice when they go up but it seems to feel twice as bad when they go down.

The U.S. stock market came through with an up-beat February. The blue-chip barometer (the DowTR)* advanced with a 5.17% gain. The S&P 500 Index (SPXTR)* added 3.97%. The tech-rich Nasdaq Composite (COMPTR)* kept pace with its brothers by adding 3.91%. The S&P Case-Shiller recent report showed that prices continue to rise across the country. On Tuesday, February 28, 2017, the S&P CoreLogic S&P Case-Shiller national index reported that it had set a 30-month annual return high. The 20-city composite December Home Price Index reported a 5.6% year-over-year gain; up from the 5.2% gain posted in November. Before seasonal adjustments, month-over-month data also showed a fraction of a gain with the month of December posting a 0.3% increase over the month of November for the 20-city composite index.

*Indexes are unmanaged and do not reflect service fees, commissions, or taxes. You cannot invest directly in an index. Past performance is not necessarily indicative of future results. Returns for the DOW, S&P500 and the NASDAQ is the NAV total return provided by Morning Star as of 2017February28