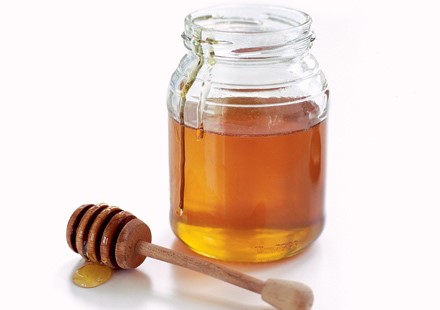 “Honey, do you want to go hear Bill Gates speak? A friend has asked us to sit at his table at a breakfast at which he is speaking.” I personally thought that hearing Bill Gates speak sounded like a better draw than the food that included something made with yams and non-man stuff.? (And no, I don’t actually call my husband “honey,” but it sounded good!).

We’ve all been there – asked to support a cause through an organization we know nothing about. Good friends fund raising for a fun run, grandkids with a box of something-another, extended family supporting a cause they’re passionate about. You like your friends, you want to support your family, the cause seems worthwhile and helping people feels good. But you wonder how much of the money you donated goes to actually support the cause stated.

And sometimes, unfortunately, the organizations requesting funds aren’t being ethical about where the money goes. The FTC recently filed a suit against several charities that claimed to be raising money for cancer victims; donors were billed to the tune of over $187 million over five years. There is an easier solution than spending hours doing your own research into every charity you’re interested in donated to though. Charity Navigator, a charity tracking website, provides ratings on charities after hearing back from the public.

Back to that breakfast with Bill Gates we attended; it was in support of the Reach Campaign via Path: A catalyst for global heath. And I hadn’t heard of the rating service before attending breakfast; I was relying on the reputation of the organization’s supporters as a reference. It was great to learn that Charity Navigator gave Path a rating of 4 out of 4.

Stepping away from breakfasts and looking at the economy, productive growth has been lagging. A recent Wall Street Journal survey showed that economists are split on the why of the production slowdown. Some economists are blaming weak capital spending while the remaining feel that government policy is at fault. And then we have the consumer. The consensus estimated that personal spending would increase in April – note that personal income had increased 0.4% in April. The consensus was incorrect; Americans are still saving more of their money rather than spending – personal spending was flat in April. The stock market did have a slight correction the last week of May but in a Forbes article, Tom Aspray felt that the correction was not quite over; that we may see a further correction and then a possible rally from the correction lows. Much of the reading of investment manager materials this month spoke about interest rates (yes, they will rise eventually) and finding yields. Bart Geer, CFA and a Managing Director at Blackrock reminded his audience that the U.S. is in its seventh year of a bull run. He felt, if you were selective, you could still find value in today’s market.

The shades of May could have described the market for the month. The blue-chip barometer (the DowTR)* advanced 1.14 percent for the month. The S&P 500 Index (SPXTR)* increased its position by 1.29 percent. Lastly the tech-rich Nasdaq Composite (COMPTR)* outdid its brothers by 2.98 percent. The S&P Case-Shiller 20-city composite Home Price Index showed a slight uptick with the month of March reporting a 5.0% increase on a year-over-year basis. Month-over-Month data increased significantly with the month of March increasing 0.9% over the month of February for the 20-city composite index.

*Indexes are unmanaged and do not reflect service fees, commissions, or taxes. You cannot invest directly in an index. Past performance is not necessarily indicative of future results. Returns for the DOW and the S&P500 are total returns from Pershing Netx360. Return for the NASDAQ is the NAV total return provided by Morning Star as of 2015May31