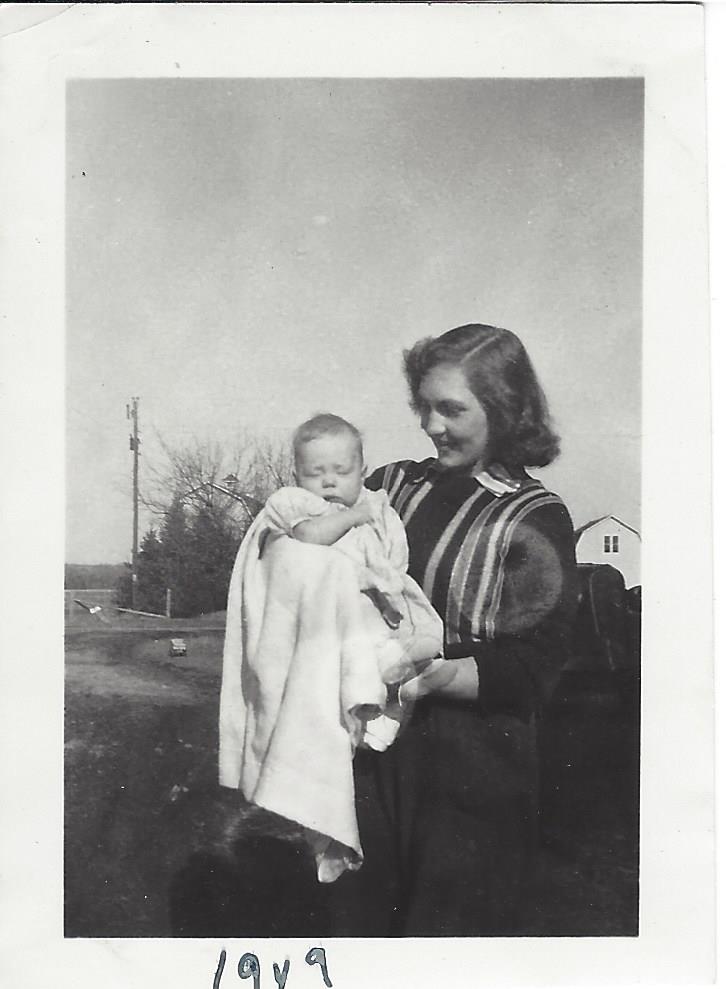 Where will you be when you’re 90? I recently attended my mother’s 90th birthday in Wisconsin (that’s us in the picture). When people ask my mother her age, Mom always said “I’m 29”. In the quiet moments between the storm that was a very large family gathering in celebration of mom’s birthday, I thought about being 90. I found myself comparing what my mother’s life looks like to what I want for myself at that age. I often wonder if saying she is 29 contributes to the fact that she is still living independently in her own home, that she is in good health and that she continues to be very involved in her finances. My mother believes in diversification: she purchases government bonds, she has some Certificates of Deposit, she has a savings account, she has a ‘stock portfolio’ and she clips grocery coupons. She keeps her mind and body active by reading two daily newspapers, playing Sudoku and working in her very large garden. She can be frugal and she can also spend; it often depends on the economy and how her finances are doing. Not bad for someone who grew up in the depression era.

My mother, at 90, would still not have ever seen a woman on an American bill; Marsha Washington was the last woman to appear on a bill, in the 19th century. But by the year 2020, the 100th anniversary of the 19th Amendment giving women the right to vote, she will. The US Treasury Department announced it will replace the main image of its own founder, Alexander Hamilton, on the $10 bill, with a woman (which one has as yet to be determined). Americans will have the summer to weigh in on which one of history’s leading ladies they think should have the honor. Treasury Secretary Jack Lew interviewed about the importance of having a symbol to recognize the crucial role that women have played in our lives and history as a nation.

And we continue to wait for the Federal Reserve (Fed) to make its decision on whether to raise the interest rate. Recent economic evidence suggests that the U.S. has recovered, albeit durable goods activity continues to be soft. The last full week of June had personal spending notching its strongest gain in six years. Blackrock’s Chief Investment officer of Fundamental Fixed Income, Rick Reider, recently wrote about why the U.S. economy is actually stronger than it is getting credit for. Across the Atlantic, Greece has been in the headlines for the last couple of weeks’ reading on the European economy – there are many articles sharing the opinion that Greece will stay in the Euro zone. But since we can’t tell the future, we can only write ‘stay tuned’.

Aided by the Greece debacle, early summer doldrums hit the market at the end of June. The blue-chip barometer (the DowTR)* declined 1.97 percent for the month. The S&P 500 Index (SPXTR)* back-paddled by -1.94 percent. The tech-rich Nasdaq Composite (COMPTR)* softened its position by -1.54 percent. The S&P Case-Shiller 20-city composite Home Price Index has continued its gain with the month of April reporting a 4.9% increase on a year-over-year basis. Month-over-month data increased positively with the month of April 1.1% over the month of March for the 20-city composite index.

*Indexes are unmanaged and do not reflect service fees, commissions, or taxes. You cannot invest directly in an index. Past performance is not necessarily indicative of future results. Returns for the DOW and the S&P500 are total returns from Pershing Netx360. Return for the NASDAQ is the NAV total return provided by Morning Star as of 2015June30